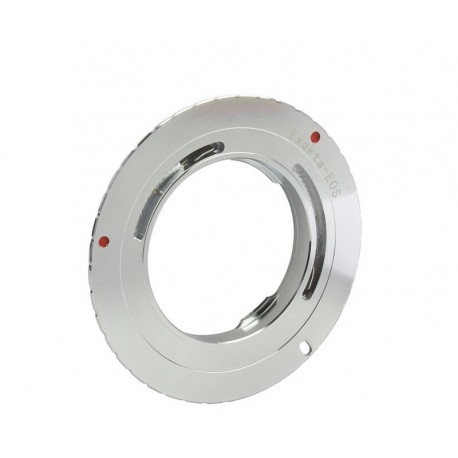 This simple adapter allows the use of Exakta lenses on your Canon EOS cameras both digital and film.

It is an accessory that has the Exakta bayonet mount and offers a similar anchor system which allows you to mount the lens in two different ways.  In addition the lens can be focused to infinity.  The main limitation is on lenses with a shutter release button on the side that touches the outside of the adapter.  In some cases it is possible to remove the protrusion behind the lens to prevent slipping.          .

Despite the antiquity of the Exakta lens there is no denying the optical quality of them, with such a collection with a special feel they deserve to be used with modern digital cameras.

supplied with two rear covers for an additional 3 eur