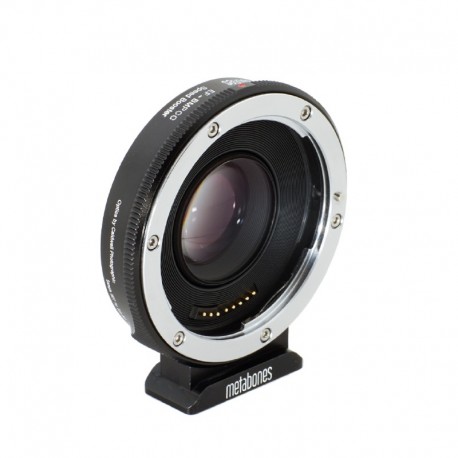 Optics designed by Caldwell Photographic in the USA (patent pending)

The new 0.58x Speed Booster reduces the crop factor of the BMPCC from 3.02x to 1.75x and produces the largest aperture optics currently available, with a maximum output aperture of f/0.74.

Here are a few examples:

Table of compatibility and resulting crop factors with different SpeedBoosterTM: Remark: Your PayPal receipt is your order confirmation. There is no separate email confirmation until shipment takes place.