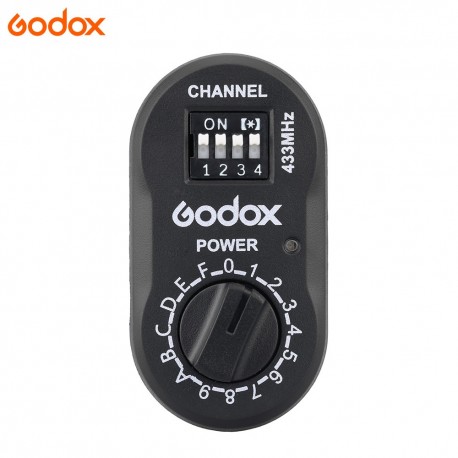 This Godox FTR-16 Wireless Flash Trigger Receiver is a part of "Godox 16-Channels FT-16 Flash Trigger" system and can not use separately. With different channels, the photographer can trigger off different studio flashes in different angles.